The Northeast Seafood Coalition hosted the 2013 Groundfish Industry Rally on April 29 at the Boston Fish Pier in Boston, Mass.—the hub of the Northeast groundfish fishery—to unite the industry and call upon the federal government for disaster assistance and mitigation needs to keep small businesses viable and preserve the vital and historic groundfish fishing industry.

Why did we rally? The upcoming fishing years for the Northeast groundfish fishery were supposed to be a time of prosperity—key stocks were on target to rebuild by 2014.  Now, however, despite adhering to strict science and management measures and remaining within allowable catch limits, the Northeast commercial groundfish fishery has been declared a disaster.

This industry has faced numerous hardships over the years, but nothing like what has struck the industry in 2013. We’re in the midst of crippling reductions in catch limits of up to 78 percent on key groundfish stocks. Fishermen and their families are currently weathering a “perfect storm” of circumstances, which is causing severe hardship for not only small fishing businesses, but fishing communities, on-shore businesses, and American seafood consumers.

The Northeast Seafood Coalition recognizes that everyone must work together for the future of the groundfish fishery. Therefore, our organization knew it was due time for industry, friends of the industry, and seafood consumers to come together and ask for help! We’re grateful to those who attended the rally and particularly thankful to our elected officials for supporting us. Speakers for the event included: 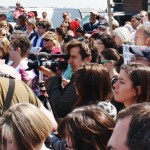 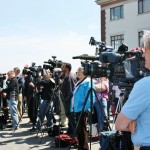 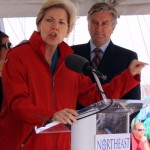 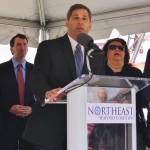 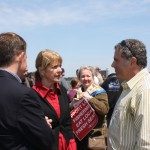 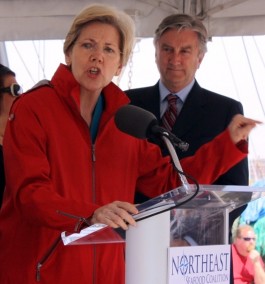